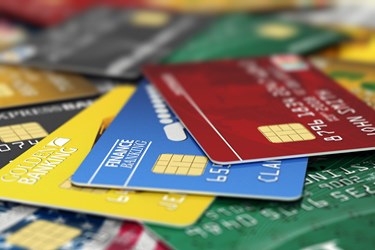 The shift to EMV (EuroPay MasterCard and Visa) payment cards became official on Oct. 1, but you could be excused for missing it. Despite all of the discussion over the past few years about this event, some cardholders still don’t have EMV cards and most merchants lack the capability to handle them.

As of August, more than half of cardholders didn’t have chip cards, according to a survey referenced in a Sept. 15 ComputerWorld article. At the time, banks were speeding up the issuance of chip-enabled cards.

It’s too early to say how successful the banks were in trying to catch up, but one thing is for sure: A lot of people were unprepared when the Oct. 1 deadline rolled around. A September 2015 survey by the management consulting company Strawhecker Group (TSG) found that slightly more than a quarter of U.S. merchants (27%) would be EMV-ready by Oct. 1. The number of merchants that are EVM compliant is expected to increase to 44% in December, and by 2017, about 90% are expected to be compliant, according to the survey. So, clearly, this transition will be anything but fast, leaving merchants at risk for stolen data

As discussed in a March 2015 blog, EMV aims to prevent fraud through computer chips embedded in credit and debit cards. EMV-enabled cards create a unique code for each transaction to prevent the duplication of a card from stolen cardholder data. Merchants who aren’t “EMV-ready” are taking a big risk; on Oct. 1 they became
responsible for fraudulent transactions involving cards without a chip. This means the potential for merchant losses is huge, considering payment card fraud is expected to reach $10 billion in the U.S.  market this year.

For POS ISVs and VARs, the shift to EMV represents opportunity — to the tune of $8 billion because about 9 million POS terminals in the U.S. will need to be upgraded, according to the EMV Migration Forum.

If you haven’t discussed the EMV shift with your customers, it’s time to do so. Remember, EMV implementations provide an opportunity to replace aging POS systems with new solutions that are more flexible and affordable than traditional PC-based systems. As your clients consider how to add EMV capability, you should be guiding them toward new solutions that not only handle EMV transactions but also add mobile and WiFi-enabled features. For instance, you may want to introduce customers to wireless cash drawers with security features that their current systems lack.

Many merchants still use PC-based POS systems that are aging and expensive to maintain; these customers may be ready to replace them with mPOS solutions. This would allow them to deploy tablets and smartphones that associates can take around stores to complete transactions at the point of purchase decision.

The EMV transition gives you an opportunity to put on your trusted advisor hat by consulting customers on averting payment card-related risks. If a merchant is held liable for one or two fraud incidents, it could seriously hurt them, especially if they sell big-ticket items such as jewelry and appliances. Losses may be significant enough to put the merchant out of business.

With that in mind, why not call your customers today to discuss options to prepare for EMV-enabled cards? As merchants continue to make the transition to EMV compliant POS hardware, it gives dealers a reason to call on customers instead of waiting for the next POS refresh, which on average is every 5-7 years. POS dealers that present solutions to address merchant challenges not only help their clients’ businesses, but also solidify trusted relationships, and improve their own chances at long-term success.

Manufacturing and the Environment As a worldwide supplier of cash drawers, we have a responsibility to ensure that our products meet the requirements of our customers, markets and communities we serve. To help accomplish this, the APG team takes an...
Continue Reading